Top Ten Tuesday is a weekly meme hosted by That Artsy Reader Girl.

I love this topic. There are a lot of hidden gems out there that for some reason just never got the attention they deserved. And it’s honestly somewhat devastating to see because, had the books had the right marketing, perhaps they could’ve done so much better. And of course you want the amazing books you’ve read to be popular among the book community. For me, these are the books that more people should know about.

It’s still a crazy fluke that I found this book. I mean, if my parents house in California hadn’t been so close to going into foreclosure, if my aunt and uncle hadn’t moved to Maine, if we hadn’t moved there to be close to them, if I hadn’t gone to the high school I did, if I hadn’t found this book tucked away…I never would have read it. And my life would be just a tiny bit less for it because this book was fantastic. It’s not like it’s the sort of book that changed my life or anything, but it is one of my favorites. Featuring a girl raised as an assassin to tear down the king of the land as she just so happens to look very similar to his lately deceased wife, this book has a lot going for it.

So, I’d never seen the Stepford Wives before reading this book, but I suppose I can see why my mom makes the comparison now that I have. Subliminal messages control the residents of this picture perfect town, making them act perfect as the man who built the community desires and as the parents who pay enormous sums to “fix” their children expect. It’s a rather daunting tale and one that I deeply enjoyed reading. You don’t see the ending coming, that’s for sure, and the fact that there was never a sequel still drives me nuts to this day. This book deserved one.

8. The Divide by Elizabeth Kay

I adored this book as a child. Telling the story of a young boy who discovers a new world the day he stands with one foot on each side of the equator, The Divide is one of the most perfect children’s books out there. I can’t believe it’s as unheard of as it is. That fact frankly just blew my mind today when I went to look at the number of reviews it has. And not only is this book wonderful middlegreade fun, it’s got one of the coolest covers in existence. Granted, that cover can make it a tiny bit hard to keep from accidentally bending the corner of the first page, but I’ll take it since I can be careful and this book is such a pleasure to have on my bookshelf. 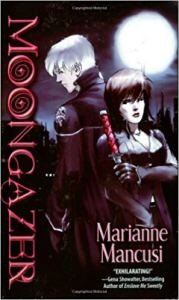 I’m not a major fan of romance books, that’s for sure. I avoid those books like the plague for a number of reasons—the main one being that I find the writing to be rather subpar to what I typically want and the plots far too focused on the relationship, and yes I recognize that’s why romance novels aren’t for me—but this book surprised me in wonderful ways. Moongazer actually had a really amazing plot, a world that was so much fun once you finally get down to the plot twist and the realization. It was shocking and amazing and believe me when I say you really wanna have this one on your TBR.

Spinning Starlight takes a fairytale that I don’t think many of us ever really spent a lot of time thinking about—that one where the princess had seven brothers—and turns it into a full length, futuristic novel. I just remember being massively impressed with Lewis’ reimagining, so much so that I immediately went and read her other books. It’ not the most amazing book or anything and I’ll admit it’s been a long time since I’ve read it so I don’t remember a whole lot but I do remember loving the characters and the story immensely.

This was my very first blog tour book! And it’s frankly just wonderful. I’m really glad I happened across the post asking for reviewers because damn, this book really blew me away. Clearly, I love retellings, as this is a Cinderella re-telling. But it’s not your average one where the story is borrowed and revamped in some delightful original way. Our main character and “Cinderella” doesn’t want to marry the prince and she also isn’t the one who danced with him at the ball. And, to add to the beautiful bits of this story, the reason the shoe doesn’t fit anyone is because it’s huge. And so, our “Cinderella” forces her foot to swell up so that she can fit the slipper and take advantage of the proclamation (and the king’s riches). Intriguing, no? Definitely give this one a read. It’s a rather refreshing retelling, I promise. 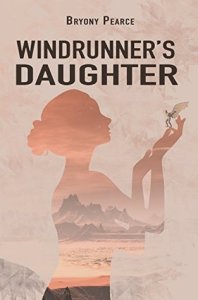 One of my first NetGalley reads way back when, Windrunner’s Daughter was the very first one I deeply enjoyed. With a beautifull built world and an exciting plot, this book had everything I wanted from a YA novel and more. It didn’t end precisely how I wanted and falls into the same despairing problem that Candor does with not having a sequel, however this book is well worth the read and your time. I’m frankly dying for there to be a sequel and genuinely hoping that one day I’ll get to see that dream come true.

3. The Ice Child by Evangeline Denmark

This novella is unfortunately only available in e-book format. Breaks my heart, frankly, because that gorgeous cover is screaming for a place on my bookshelf. I really loved The Ice Child and though it’s certainly a rather short story, it was a wondeful one. Denmark really captured my attention last winter and I’m hoping to see more amazing work from her in the future. Especially if they ever are retellings—as those are my weakness, it seems—because I really enjoyed this one.

I don’t even know where to start with Curio. It was just such a fascinating book with two brilliantly developed worlds. I’d say the only thing about it that was disappointing was that I never felt like I got enough from this book. The main villain was legitimately so terrifying and brilliant all at once. I legitimately felt fear merely from reading it! The steampunk aspect was also wonderful to me (naturally) and I couldn’t help wishing that I had been the one to write this story.

1. The Wendy by Erin Michelle Sky and Steven Brown

I’ve raved and raved about The Wendy since January. A gorgeous book with a gorgeous cover, this story created the best iteration of Wendy herself that I’ve ever seen. The feminist aspect was truly inspiring and the level of research into the time period was exciting on a number of levels. I could go on and on about how much I love this Peter Pan retelling for days. But then this post would never get finished so I think I’m just going to end it there.

And that’s all for now! Happy reading, everyone!