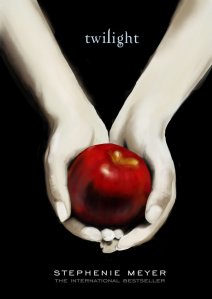 This is one of those things that I’ve been meaning to do for quite some time now. It’s funny how Twilight truly swept across the world, gaining an incredible number of readers so much so that I actually first heard about the book series from a friend of mine who lived in England and informed me that I simply had to read it. I was a Freshman in high school at the time, already an avid reader and only just beginning to find my way into the online community of readers and writers.

I immediately bought the sequels after reading the first novel, devouring them eagerly and with a speed that wasn’t really shocking considering how I spent my time back then (and technically still spend it now). It’s been eight years since I last read any of these books and, understandably, my opinions of the series has changed incredibly in that time. With the availability of more information and the discussions that have since been had, it’s no surprise that I’ve changed how I feel about certain aspects of the book over time.

Of course, reading other people’s accounts and opinions of the novels is only scratching the surface. Where there were many things that I was not completely aware of when I was in high school all those years ago, being aware of them now makes the read of this book entirely different. And personally, I like to have informed opinions. And so, as a result of my decision recently to get rid of my copies of the book, I’ve decided to give them one last read before I move on.

These books were a pretty big part of my early high school experience, ironically and perhaps depressingly. And I think I just wanted to be able to truly see the problematic pieces myself after realizing them later as my eyes opened upon growing up. I started a post series a little while ago discussing the abuse romanticizing that has happened in YA books and it’s always been a goal of mine to develop and build upon my understanding of how these books perpetuated (and arguably created) that unfortunate problem.

I started rereading the book last night and I have to admit that I was thoroughly surprised by the rushed nature that this novel began with. For some reason, I remembered it as being a little better written than that. Expect updates as I go, I have a feeling I might write quite a few of them. I’m only one chapter in so far (and dang, that chapter was longer than I remembered) and I think this will be an interesting reread.

As always, happy reading everyone!

2 thoughts on “A Twilight Reread”